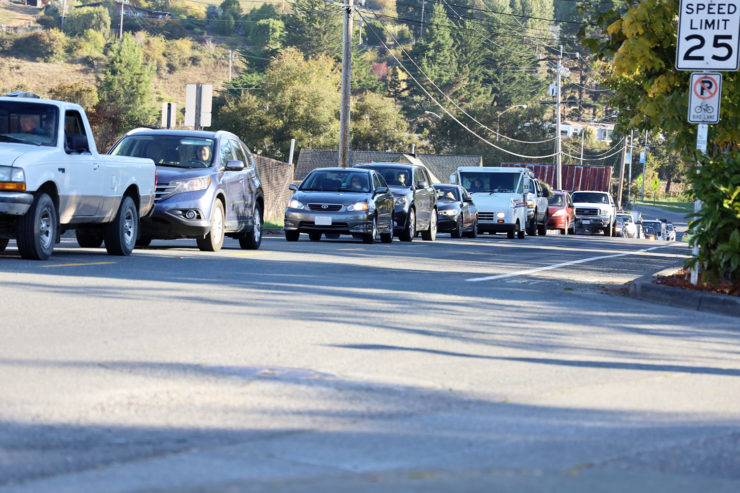 Climate change is challenging our communities to redesign how we meet basic needs. Our specific mission at the Schatz Center is to increase energy access and reliability while shifting power generation to clean and renewable sources.

During this week’s public safety power shutoff, the Blue Lake Rancheria Tribe’s main campus remained electrified thanks to its fully integrated solar+storage microgrid. The Rancheria’s gas station also stayed operational, running on a backup diesel generator that will be replaced later this fall by a second solar+ microgrid. The Schatz Center played a leading role in the design and development of both microgrids, working in collaboration with the Rancheria and other project partners.

This week, the Rancheria microgrid was able to provide a safe, warm environment for local families to study and play, charge cell phones, and access the internet; supported a mobile office for Humboldt’s daily newspaper; charged electric vehicles; and gave an electrical boost to municipal water and sewage systems. The gas station delivered fuel and other services for emergency response vehicles, government agencies, the Mad River Fish Hatchery, and thousands of community members.

One of the greatest concerns during power outages is the impacts on people whose medical needs require ongoing access to electricity. During the power shutoff, the Rancheria housed eight people with acute medical needs in their hotel, by request of the County Department of Health and Human Services (DHHS). DHHS credited the Rancheria with saving their lives, due to their critical needs for power. Emergency diesel was also provided to United Indian Health Services, to power the backup generators that keep perishable medicines cold.

As we prepare to deploy new microgrids currently under development for the north coast and beyond, it’s good to see our first commissioned microgrid successfully delivering critical services for our region!

Learn more about our microgrid projects…