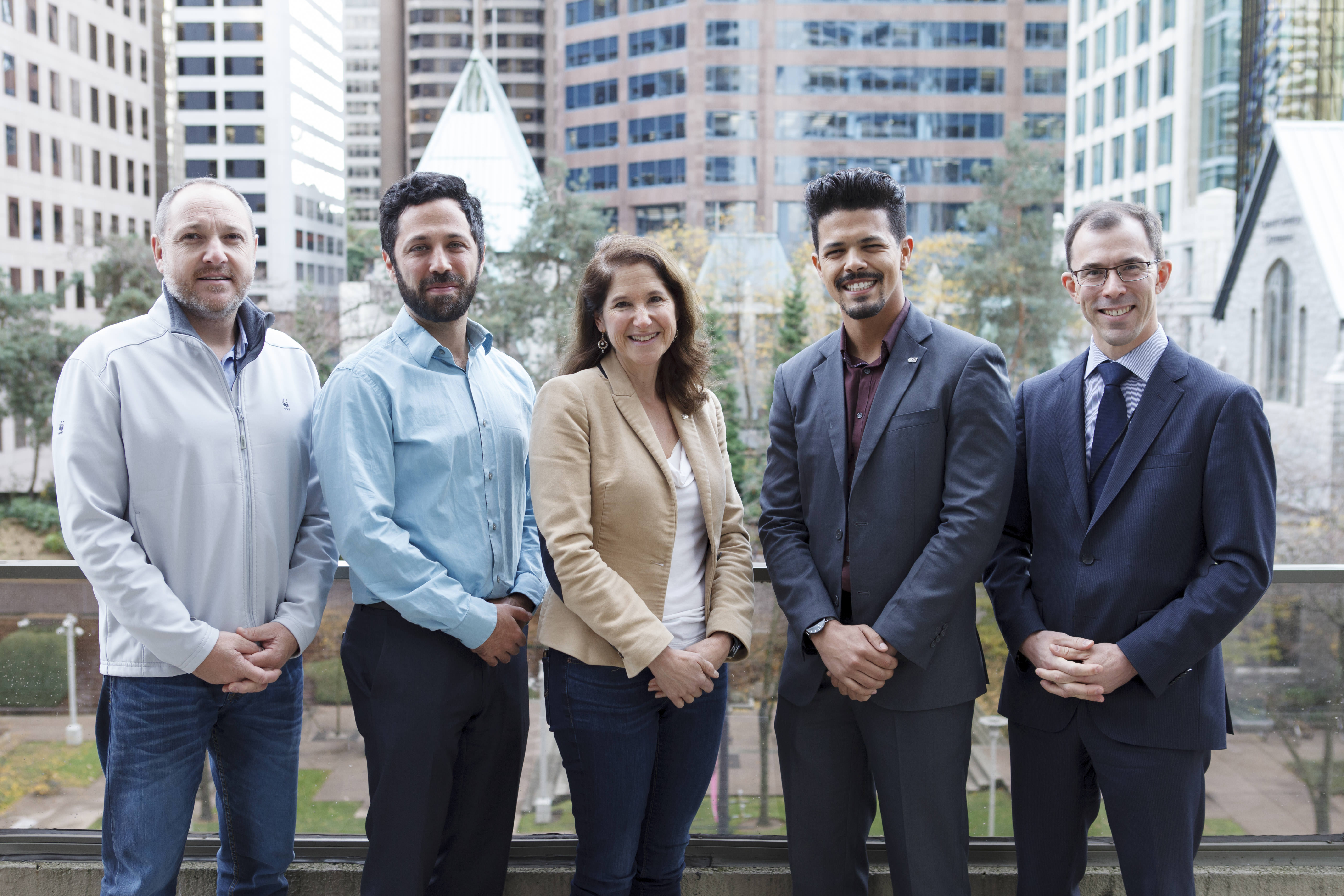 The Roundtable on Sustainable Biomaterials (RSB) adopted a revised Standard for Advanced Fuels this month at the delegate meeting in Vancouver, Canada. Kevin Fingerman (second from left below) is an RSB board member, and is the principal investigator on the California Biopower Impact Project here at the Schatz Center.